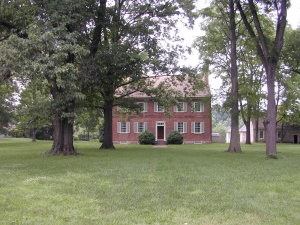 Locust Grove is a National Historic Landmark on 55 acres of the original 694 acre farm established by William and Lucy Clark Croghan in 1790. William Croghan was the brother-in-law and surveying partner of George Rogers Clark, founder of Louisville and Revolutionary War hero. George Rogers Clark spent the last nine years of his life at Locust Grove, from 1809 until his death in 1818.

Locust Grove also hosted three U.S. Presidents, Monroe, Jackson and Taylor, and was a stopping point for famed explorers Meriwether Lewis and William Clark upon their return from their expedition to the Pacific. In addition, Locust Grove was home to numerous enslaved African-Americans who lived and worked on the farm and contributed to its success. Locust Grove tells the story of George Rogers Clark, early Kentucky history, western expansion and everyday life on the frontier.